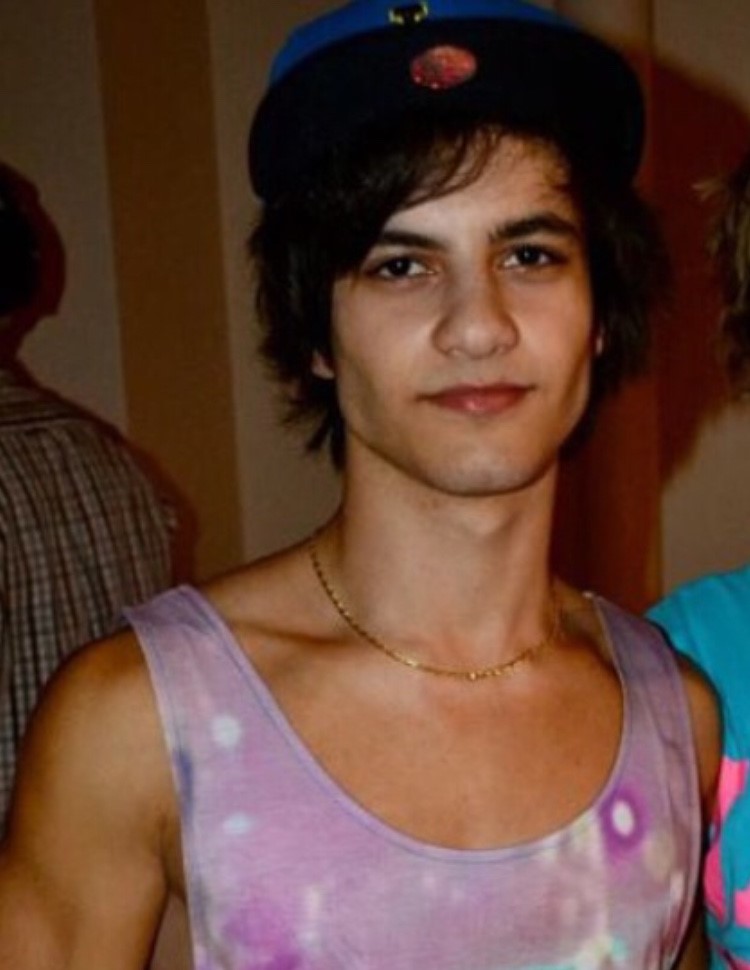 By Lina Garcia Egyptian parents, Australian nationality, multicultural understanding and values, and now a TAMIU engineering student. Daniel Rafael was born in Perth, Western Australia, where he attended Curtin University before moving to Laredo, Texas and enrolling at Texas A&M International University.   His parents are originally from Egypt, which provides him with a multicultural background and knowledge of two (now three) different cultures and perspectives on life. Dealing with other cultures taught Daniel about tolerance and open-mindedness. Each nation has its own culture, beliefs, and worldview. The fact that every different culture that touches his life makes it lively and interesting. He personally believes that “no matter how different we can be, we are all equal. We all need to love and to be loved, to have freedom and human dignity, to be healthy, and to fulfill our dreams.” Living with people from other cultures helps Daniel to learn about their customs and to compare and take advantage of the most positive features. The trading of food and language throughout the world has become heavily important for him, as well. He often enjoys eating Egyptian food while being in Australia. “One of my favorite meals is Mulukhiyah. It is a very popular dish in the Middle East and African countries.” Mulukhiyah is also typically served with rice. His mother cooks it very often, and even though he is so far away from Egypt, it brings him a “luscious taste filled with memories from Egypt.” His beliefs have a solid foundation. “Family means everything. They are the ones who will be there for me no matter what. They are the ones who will support me and teach me about values and morals.” Having Egyptian parents gives Daniel an advantage of mastering two languages, English and Arabic. He particularly enjoys talking with his parents in both languages, while he connects in English with his friends or with people he meets from different parts of the world. Daniel is also looking forward to eventually teach both languages to his children.   “I would love to teach my kids these two languages. Arabic is an essential part of my life, and I will enjoy it if they comprehend it, and English… well, everybody needs to know English. Language can bring so many benefits and opportunities into someone’s lives. It gives you an opportunity to connect with others.” Growing up with two different cultures allows him to easily consider new ideas. He stays faithful to his Coptic religion, which originated in Egypt, even though in all Australia there are less than 20 thousand followers of Coptic Orthodoxy, and in Laredo only a handful. Daniel believes that “the religious beliefs of others must also be respected, and people should be allowed to express their religion with liberty, which is something that everyone must be entitled to.” Education and knowledge are also fundamental in his life. Daniel is currently studying for an engineering degree at TAMIU and he strongly believes that education is one of the main tools that allows a human being to greatly succeed in life. He believes that music can also be highly beneficial in people’s lives because it promotes creativity and it awakens emotions that individuals can share with others. “I do not limit the relationship (I have) with my cultures just through food, language, and religion. Music plays a very important role in my life, as well. Every now and then, I find myself listening to Arabic music. To me, Arabic music is truly relaxing. However, I also appreciate Hip-Hop. The greatest thing about music, whether it is Arabic or Hip-Hop, is that it promotes social, emotional, and intellectual development”, Daniel told us, stressing that he firmly believes that music has the power to bring people together. Daniel also shared with us one of his major goals: travelling around the world. “I want to be able to learn about many other cultures. I am willing to travel to the other side of the world to fulfill my wish and to create new experiences. Most of the time, the exposure to new things can enrich the human soul. Regarding the differences that I might encounter with other people, I understand that travel is an opportunity to learn about each other. In other cases, being away from home and learning about people’s successes and struggles helps us appreciate what we already have. Appreciating what we have in life helps us to be more lively and optimistic.” Daniel often encourages his family and friends to fulfill their education, to be faithful to their religion and beliefs, to be tolerant towards other cultures, and to be true with themselves in order to be successful in life.
Share
Share List