The current political culture in the United States has caused Facebook feeds to fill with links to implicitly biased websites which echo the times of yellow journalism’s contribution to the Spanish-American War.

Yellow journalism is a style of journalism that focuses on sensationalism as the driver for newspaper sales in a profit-driven industry as observed during the 19th Century.

In 1898 the United States Ship (U.S.S.) Maine sank in the Havana harbor due to an underwater mine but newspapers at the time published rumors of conspiracies to sink the ship purposely.

The sensationalistic coverage of the sinking of the USS Maine battleship in 1898 spurred anti-Spanish sentiment and influenced readers to support a war with Spain.

“Nevertheless, yellow journalism of this period is significant to the history of U.S. foreign relations in that its centrality to the history of the Spanish American War…” says the Office of the Historian’s website.

In more recent times the resonance of yellow journalism has intensified as a more familiar term, “fake news”.

Fake news websites use sensationalism to gain followers through social media, usually by siding with a political party.

Implicitly biased websites, also known as hyper partisan websites, focus on stories and information that supports the liberal left or the conservative right on a political spectrum. 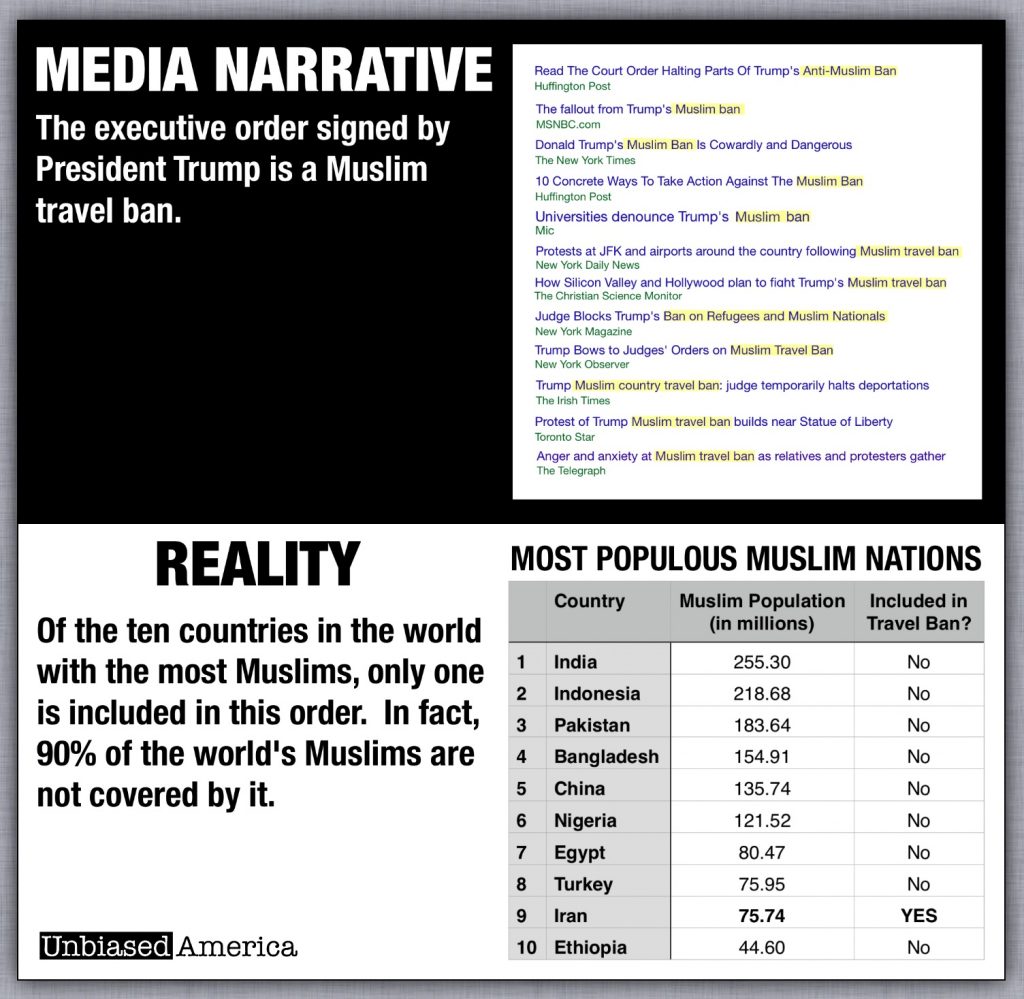 The websites appeal to readers as a reliable source for credible and under-covered news but tend to skew the information in favor of their political preference.

Unbiased America is a political website that claims their goal is to “look at every issue objectively and make judgements without regard for ideology”.

On January 29, 2017, Unbiased America shared an info graphic criticizing the media for referring to a recent travel ban imposed by President Trump as a Muslim Ban.

The graphic contrasts the “media narrative”, which shows links to websites that refer to the ban as a Muslim ban, and “reality” which shows a table of Muslim-majority counties that are not included in the ban.

The Huffington Post is listed; however, they are known to lean to the political left. The New York Times’ link refers to an editorial page. Editorials are opinion based and not actual news coverage.

Interest in their Facebook page spiked, regardless. This is sensationalism.