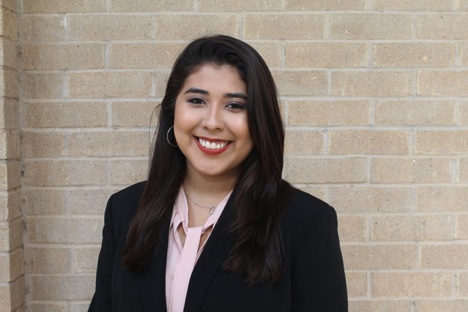 By Giovanni Salinas and Sergio Loera

The Texas Academy of International & STEM studies is perhaps the newest high school in Laredo, it is located inside Cowart Hall at Texas A&M International University, TAMIU, and is part of TAMIU Independent School District, TISD. It was first formed through a legislation authored by Senator Judith Zaffirini around 10 years ago, but planning came to a halt due to a lack of funding.

However, in 2014, the first cohort was inducted into the Academy featuring a total of 42 students. The Academy showed great results as the first graduate class in 2016 attempted 582 student credit hours and completed 567 for a mind-blowing passing percentage of 97.4.

Ms. Cassandra Ramirez was part of the first graduating class.

Ms. Ramirez was only 16 years old when she began her academic journey through the Academy. However, even at this age she was ready to get ahead and invest time in her future.

When asked about the challenges she explained that it was hard because it seemed like she was forced to mature and grow up so quickly at such a young age. She explained that the Academy is different from a regular public high school because of obvious things but in a regular high school, they had sports and extracurricular activities while the Academy was mostly just coursework; however, she mentioned that she looked forward to finding other ways to have fun and participate in TAMIU Intramural Sport competitions.

Entering a program like the Texas Academy is not something that is very common. However, this student heard of it at the TexPREP summer camps, which serve to introduce the college experience to young students. When asked what drew her the most to the academy she said,”… endless opportunities, and cost.” The program allows students to get a head start on university material, which she mentioned as a benefit, while finishing high school and at a very low cost.

The only thing that she mentioned she missed out on in a slight manner were extra-curricular activities such as sports, although she said there were other things that made up for it and that the benefits outweighed what she missed. She said being in the academy had no bearing on her choice in major, and she is now very close to finishing a bachelor’s degree.

She said that being in the program has helped her adjust to the college lifestyle and workload. She did say that she feels as though she had to mature much faster than she would have if she would have done average high school but that she is very glad that she found out about the program because she’s gotten so much out of it.