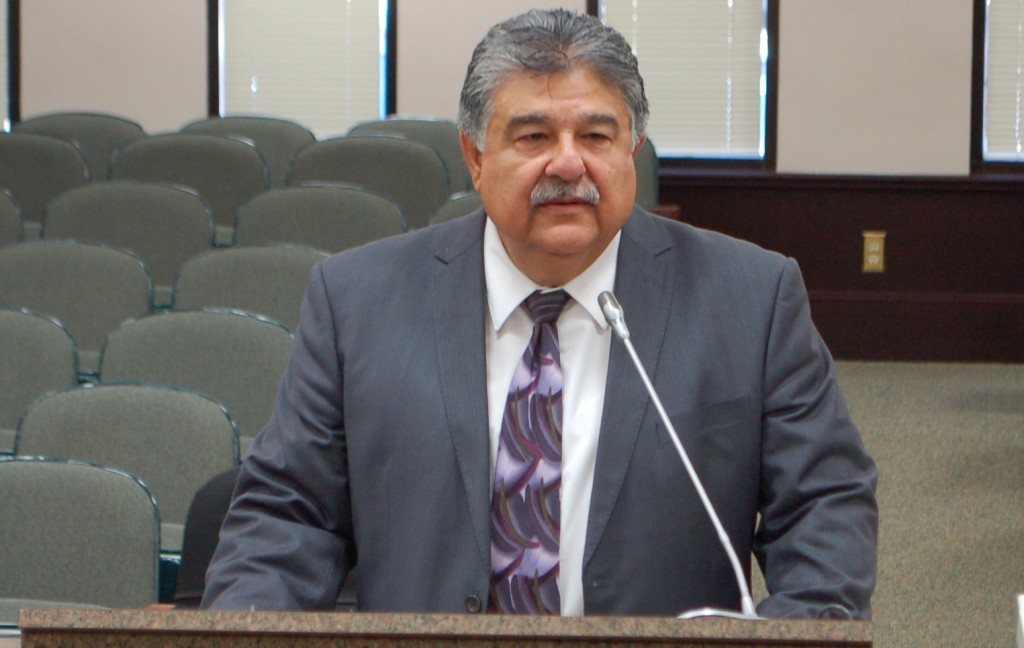 The last city council meeting of last month was without a doubt very crucial for the city’s development especially in the northern part of town and downtown area. The two main issues that were discussed in city hall was the implementation of the tax increment investment zone (TIRZ) and the future of a soon to be empty building, once notorious of being home of the biggest grocery retailer of the state, H-E-B. Aside, from discussing this issues there was recognition to several individuals of the community for their successes, such as Alexis Perez for becoming the 1st Laredoan to participate in a major music talent show and Salma Castellanos for earning a spot on the USA Taekwondo team, and becoming the first Texan and Laredo native to represent Texas in the USA Taekwondo Team Trials taking place in Colorado Springs. Item 27 of that nights agenda was to authorize the City Manager to execute a letter of intention with Killam Development regarding the TIRZ in the North East side of town. A TIRZ is used by cities typically to divert future property tax revenue increases from a certain area of town toward an economic development project or public improvement project. The idea to implement a TIRZ in Laredo was suggested by the landowners instead of city government. The topic of the TIRZ was soon pushed aside as councilman Roque Vela suggested to have discussion regarding the topic before coming to a conclusion as to whether or not should council give authorization to City Manage Jesus Olivarez to move forward with a letter of intention. Before the council decided to continue the discuss the TIRZ later in that meeting, they heard Victor Olivares, Jr. an administrator for the Laredo Independent School District, regarding transportation concerns for some students in an alternative school in that school district. Olivares, Jr. asked city council if they could provide bus passes for students of the 406th District Court Drugs Court Program. The program according to Olivares, Jr. gives opportunities to non-violent offenders to get back on track in the community. The student population attending Jose A. Valdez High School are students that have been drooping out and have substance abuse problems with non-violent offenses. The school houses 96 students that come from all three LISD high schools, but Olivares, Jr. was only asking for ten bus passes for students with transportation issues, emphasizing that many of the students that go to the school come from deprive economic statuses. He also talked about how much he admires one of the current student attending the school, telling council the story of a girl that walks everyday three miles from home to school and in the way picking up her little brother. The City Manager went on to suggest that he would find a way to help out, but told the council that at one point in the past the city had a program very similar which gave bus passes, but he did not go into detail of the program which was soon cancelled because people were selling those passes. After discussing several other items the discussion of the TIRZ was back up for discussion. In the end a 4-3 vote was declared against the project. Councilmen Alex Perez, George Altgelt and Charlie San Miguel, voted in favor of the resolution for the TIRZ that included the Coves Project and the Loop 20 right-of-way development. The four council members who voted against the TIRZ were, Roberto Balli, Roque Vela, Vidal Rodriguez and Rudy Gonzalez. Even though the Killam Development attorney Blakely Fernandez, told city council that after a 30 year term the city would see $95 million dollars in tax revenue from the project, this did not have much an impact in the council’s vote. Moreover, when asked if there was any risk regarding the project the attorney from Killam Development stated that there was none. Councilman Vela went on to suggest that this kind of deals should not be decided by the council rather that a better solution for this situation was for the citizens of Laredo to decide, something to which the Councilman of District 8 Roberto Balli agreed on. The discussion concluded with Olivares stating is such item could be voted on. One of the last items on the agenda was a brief discussion of the possible actions regarding the H-E-B building downtown. As it is known for some time that the H-E-B in Farragut Street will soon be closing its door after 24 years of service. Even though city officials had proposed offering a package of tax other incentives to convince H-E-B to keep the location open after the chain announced its closure on May 27, but this has not been enough to convince the giant grocery chain to change its mind. What is more concerning, other than having yet another abandoned building in downtown Laredo,  is it has caused a food desert to the surrounding neighborhoods. Many people who live in El Cuatro, El Tonto, or El Rincon del Diablo will have to do an almost two mile drive to get their groceries at the Lowe’s by Santa Maria and Jackson. Councilman Roberto Balli who represents District 8 where the H-E-B is located called for a committee which would include the mayor, him, and city manager along with anyone the city manager sees fit to address the problem.
Share
Share List