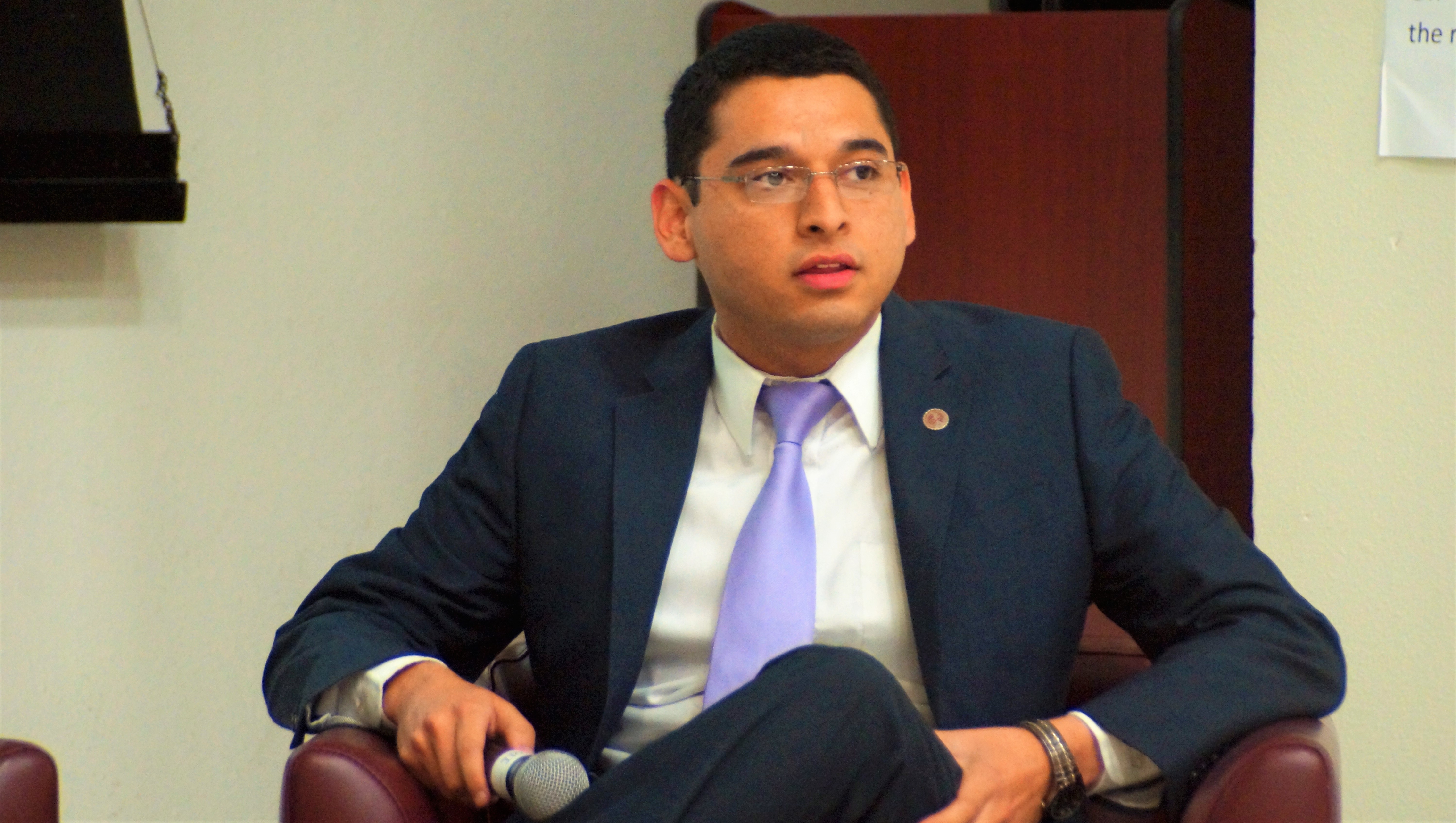 With SGA elections come and gone, it is now a good time to reflect on the presidency of Joshua Llamas. Llamas did not seek re-election this year, and will be succeeded by Jesus Padilla. The SGA did reduce in size heavily this semester allow for some easy wins for the elected leaders. However, Llamas did stay resilient against some difficult odds. Strangely, for his presidency, Llamas was the SGA. Llamas was elected president in the spring of 2015 succeeding Jackie Briseño. One of the few political science majors in the SGA, Llamas did put in some political intrigue into his presidency. His time in office may not have been very colorful or lavish, but it was definitely something smarter and more professional. As the chief political correspondent, I did pay attention to the smaller details behind Llamas’ efforts. I noticed less and less people be a part of the SGA. I’ve seen conflicting views ending some students’ time there, and beginning new ones. That old era is ending with Llamas’ exit. Even though he is shutting the door on the SGA, he most definitely put in every dime he had while in it. When reporting, I would notice Llamas at almost every event. The ones I really paid attention to were the civil events the SGA would help sponsor. Llamas helped coordinate debate forums and town hall meetings with candidates in Laredo politics. He also coordinated the recent student forum. Students were given a moment to openly speak to the Deans on campus with their personal concerns. Most exceptional was his efforts in registering TAMIU students to vote and keeping them inform on civil affairs and the presidential election. History has already recorded Llamas as the SGA president that helped welcome former President Bill Clinton to our campus. Even though Llamas has coordinated these efforts and produced these events, what were the actual value of it? Truth is, there wasn’t much after the fact. Not a lot of people attended these events. Aside from Bill Clinton’s visits, the amount of students that attended the debate forums and even the student forum could be counted with one’s fingers. Though still an achievement nonetheless, only about sixty students were registered to vote when that service was held. However, it was not the SGA that performed this feat, but outside support from people like Robert Tellez and the Webb County Democrats. Here, on campus, Llamas spends a lot of his own time in engaging with different personnel in TAMIU. He attends the Executive Council meetings on behalf of the SGA. During those times, he cooperates with Dr. Keck, all the administrators, and some department heads. He also works as a diplomat to create new partnerships with other departments. It is difficult to see these things in action from time to time, but they do happen, and Llamas is the one doing them. This SGA president was a busy man. It’s very adamant that when I say Llamas did these things because that is the total perception. Though other SGA members were present, it was really him running the show, and that’s not a bad thing. Llamas really wanted students to be a part of the political process. That is something that the SGA should promote as some of it highest priorities. It is difficult enough to mobilize voters in the City of Laredo. Mobilizing university students should relatively simple, yet it is not. However, having a political science major as a class president was beneficial to this task, but he is still only one man. The dwindling membership of the SGA this semester must have affected the outcome of many of these events. It is tragic to know that a campus sponsored student government could only reach some seven hundred students when creating a presidential poll, that students who are elected to represent the student body resign like it’s a fast-food job, and voter turnout in their election is far from magnificent. But above all, these are issues the SGA has as a whole, and perhaps the newly elected leaders will find new solutions to fix them. Llamas, under his own humility, may feel responsible for these results, but by no means is he at fault. I, myself, could say that I am proud of the presidency of Joshua Llamas, but I cannot say such of the SGA entirely. I am disappointed that he did not seek re-election because students should be represented by a sharp and political educated individual. At the end of the day, we do run into at recurring issue when our idealist hopes are withered away by cynical realism. This is a strange that happens even in US politics. It is best exemplified in the current US presidential election. Voters believe that somehow the next US president is going to strong-arm the entire government to get their policies through. That is just never going happen as long as this democracy still stands. Llamas’ presidency exemplified this. It echoes what we see, today, with Barack Obama. Like him, Llamas was always the smartest person in the room. He knew what to get done, and how to do it, but TAMIU didn’t elect some Machiavellian Prince. It elected a government. Just how many Americans express frustration with the government entirely, TAMIU students could feel the same with student government, but there is a new government now, and we should hope for the best. Above all, like the classes we attend, there are lessons to be learned.
Share
Share List