The thought that someone would stoop so low as to forbid the entrance of unfortunate children, just to gain a bargaining chip, is unacceptable. The worst part about President Donald Trump’s current “temper tantrum,” is that if the U.S. Congress does not come to terms with his proposal, current benefactors of the Deferred Action for Childhood Arrivals (DACA) policy are at risk of being deported.

Trump continues his attempts to tarnish former President Barrack Obama’s legacy. The president’s first attempt began with his “repeal and replace Obamacare” campaign, which flopped with neither side coming to an agreement. Then he began to dismantle established relationships with foreign diplomats by threatening to renegotiate the terms of mutualy beneficial trade agreements. His newest bone-headed decision is to rescind the DACA immigration policy, in an attempt to bolster border security.

This policy was established during the Obama administration to allow 800,000 young minds to legally work and study in the United States. This group of young people came to be known as “Dreamers,” named after the Dream Act. However, Trump has chosen to revoke access for any future children entering this country and receiving this privilege. This seems like a political tactic, used to get under the skin of many Democrats and Republicans who refused to side with Trump. 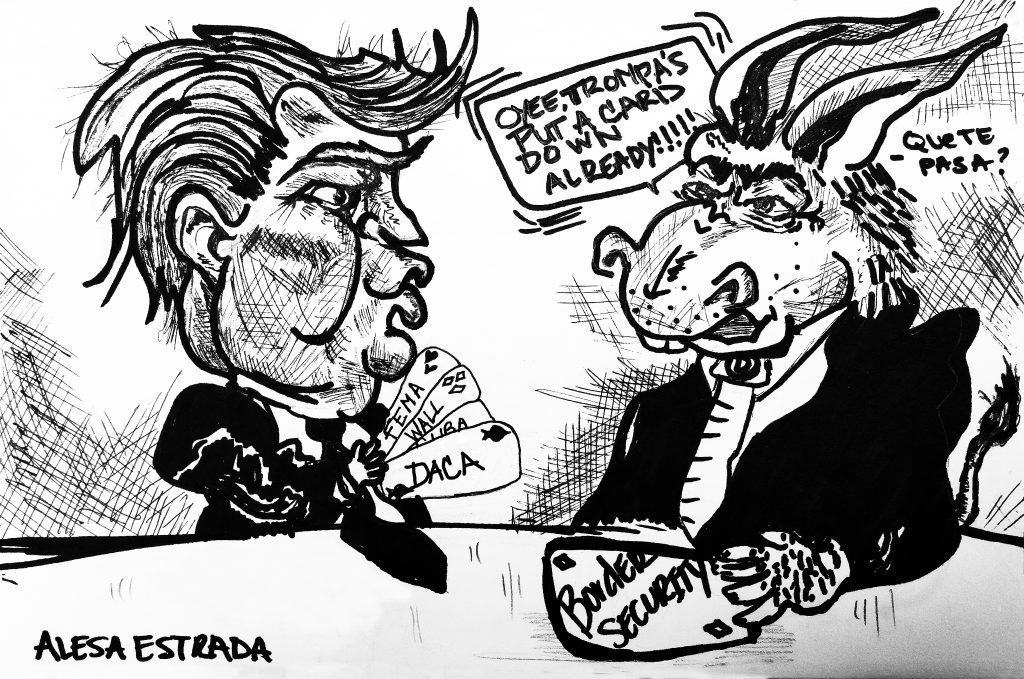 Currently it seems Sen. Chuck Schumer, D-N.Y., and Rep. Nancy Pelosi, D-Calif., have come to an agreement with Trump to extend the protection of DACA recipients, in an attempt to subdue the damage. There are currently three propositions on the table: The Bridge Act would extend amnesty for 3 years, the Recognizing America’s Children (RAC) Act would give 5 years to children who came here before age 16, and the newest version of the DREAM Act would provide the most coverage for these young people. The DREAM Act would allow for children who entered the U.S. before age 18 to attain conditional residence and, after going through a few requirements, be able to get a Permanent Resident Card (Green Card).

Although the Dream Act is by far the most logical choice to foster the numerous people affected by rescindment, many members of the Republican party are opposed to providing any form of amnesty to the recipients of the DACA policy. This is extremely worrisome because it would require Pelosi and Schumer to give up a great deal to reach an agreement. Unfortunately, if this proposition follows the trend of Trump’s other attempts at policy-making, this could be an uphill battle for proponents of the DREAM Act.