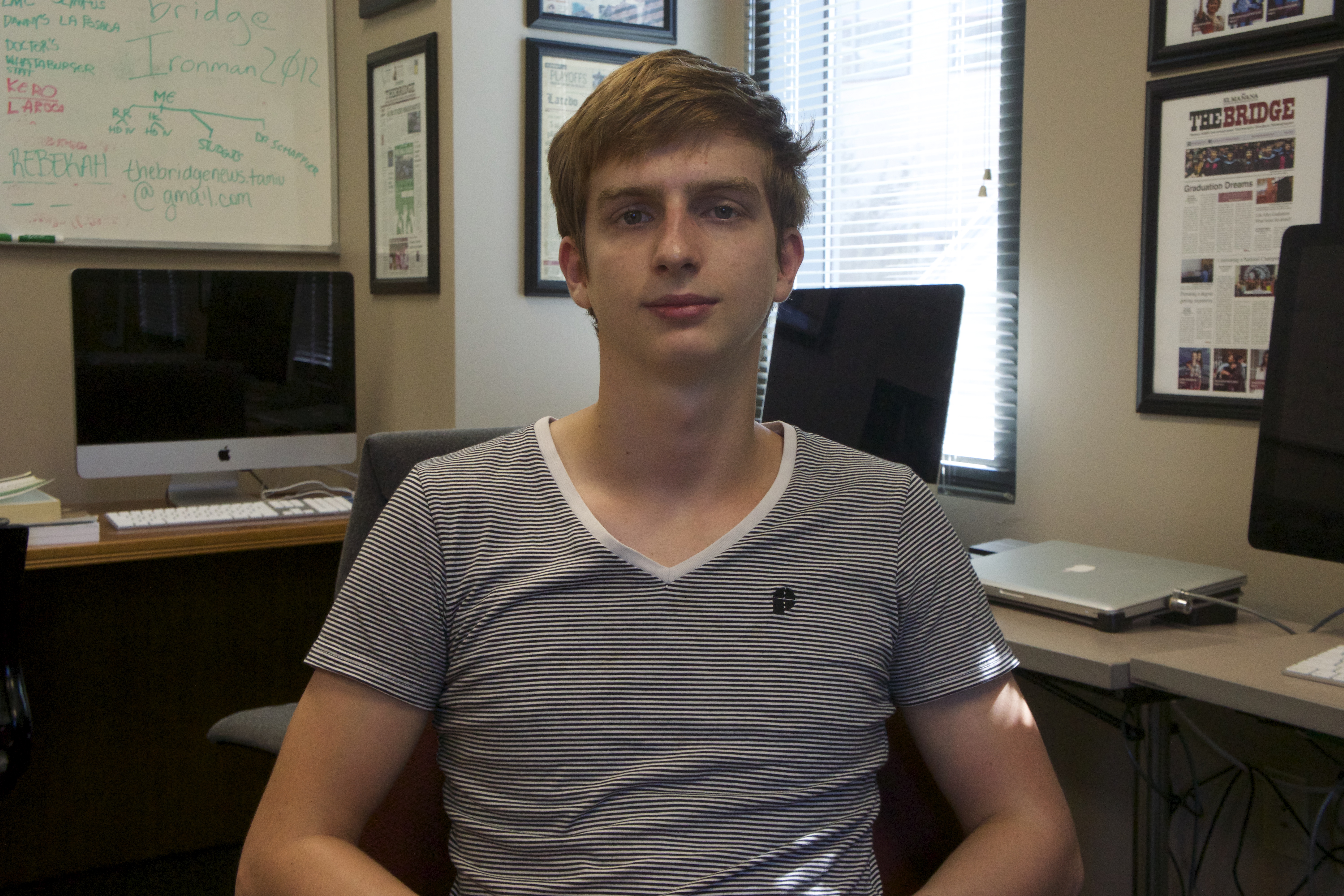 Every year, Texas A&M International University sends its students to numerous locations across the world through their study abroad programs. However, TAMIU is also the host institution for many foreign exchange students. Though some complete their higher education here, such as student athletes or graduate students, some come to TAMIU to experience the unique culture of Laredo and South Texas for a brief time.   Ivan Nikitin, a native of Volgda, Russia is one of those students. Nikitin, 21, studies Communication at the University of Applied Science in Arnhem, Netherlands, but is an exchange student at TAMIU this semester. Two months into his stay, he reflected on his experiences in this country. As is the custom with newcomers, he was asked to name his favorite Mexican dish, which are enchiladas. He mentioned that downtown Laredo has been one of his favorite places to visit.   “…It’s charming. It’s kind of like Mexico,” noted Nikitin. He also revealed that he actually prefers the heat of Laredo over the weather in his hometown.   “I hate the winter!” he laughed. “So the heat feels nice.” His arrival to Laredo marked his first time visiting the United States; he has also visited Nuevo Laredo during his time here.   Nikitn compared the American and European educational systems, and noticed that the student-teacher relationship is different than that found at his home institution.   “[Here at TAMIU] Professors are always welcoming you to come after class to ask any questions, or visit them during their free time. You can do that [in the Netherlands], but it can take a long time…I wouldn’t say there’s a big boundary in the Netherlands, but it is a little more formal.”   Culture shock was also another topic he brought up. “Sometimes there’ll be a lot of local, or Mexican-American subjects brought up in class. I think I’m the only international student in the class, so he [Dr. Daniel De La Miyar] will explain the meanings of some Mexican words to me.”   Though the discussion was mostly casual in nature, the subject of politics briefly came up. At the time of his interview, Election Day was only a week away. Russia and its president, Vladimir Putin, have become hot topics in this year’s election coverage. He was asked about how felt as a Russian studying in the U.S during such a crucial time.   “I feel like there is a lot of propaganda about bad things that happen in Russia. But while here, I don’t feel like people have such a bad attitude about Russians,” Nikitin admitted. “I think it comes from the media.”   Similarly, he stated that the current political and economic conditions in his native country have influenced his choice to study and possibly work abroad.   “There’s definitely more opportunities to work here than in Russia,” he said, adding that he is open to returning the U.S. for employment opportunities.   Nikitin said he plans to travel within Texas and the U.S. (most likely in New York) at the end of the fall semester before returning home. After completing his studies at his university, he plans to pursue a career in graphic design or digital communication.   All in all, experiencing different cultures is not limited to those who choose to study abroad. By interacting with students such as Nikitin who come to this university, students can take advantage of the international experience available here at TAMIU.
Share
Share List