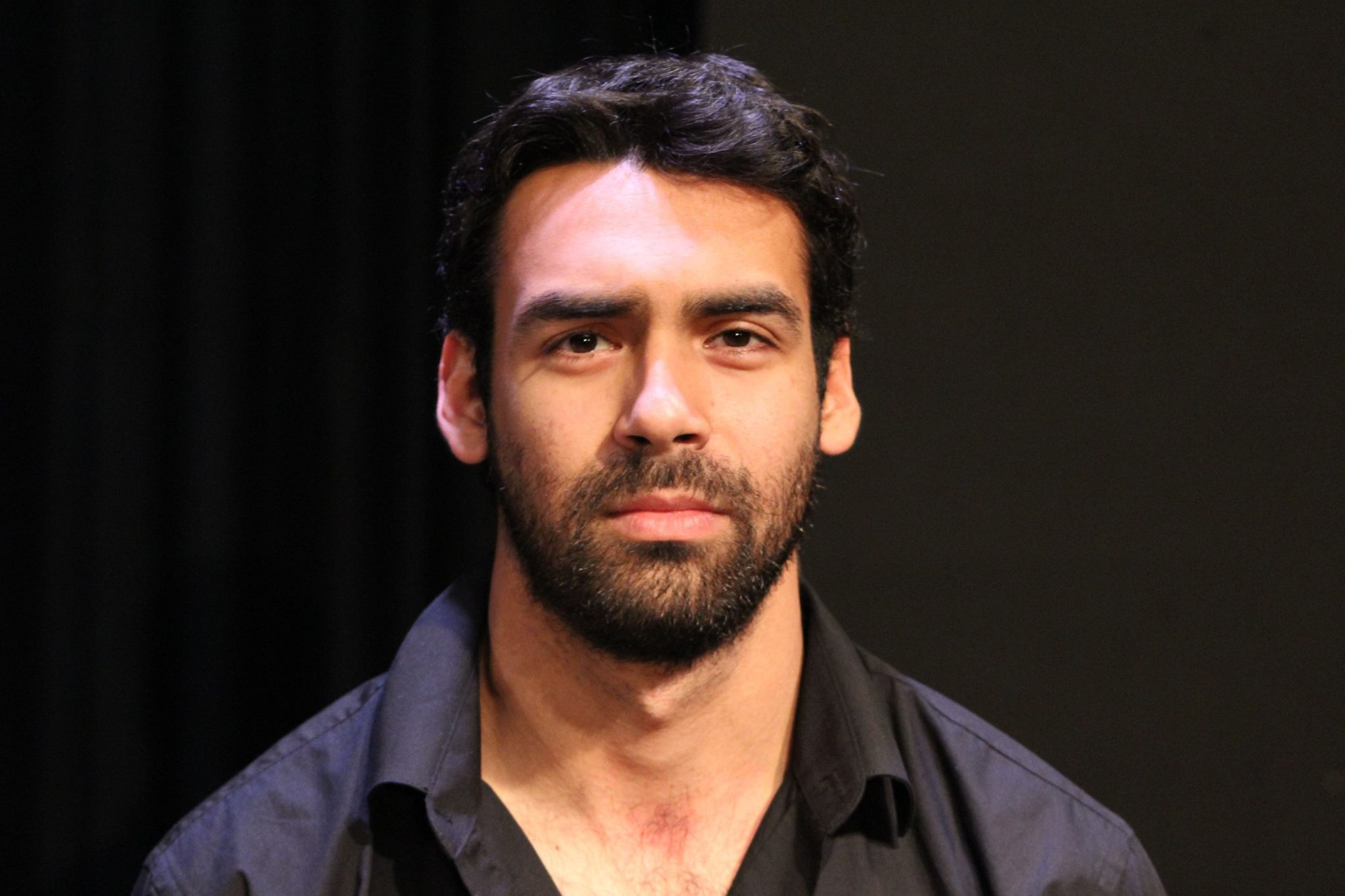 “But I’m not an artist,” Gerardo Piña bashfully said when asked if he’d like to be interviewed. Yet there is plenty of evidence that proves otherwise.

The 26 year old has graced stages from Austin to Laredo as an actor, musician, and poet. He can also be frequently spotted at Laredo Border Slam or simply playing his guitar in any space he can find. His passion for all three art forms was clear in the honest, thoughtful answers he gave.

“In my opinion, music is a very hypnotizing form art. Inspiration to play or create songs comes from the thoughts and feelings of an individual’s mind and spirit, which is the most beautiful thing about music for me. Because a song is basically someone’s mind speaking candidly aloud without fear or doubt. To me, it is freedom,” said Piña. In addition to playing the guitar, he also plays trumpet, piano, and bass.

When it comes to acting, he said the element of theater provides him a different kind of freedom. Piña’s first stage role was Jesus Christ in a production at Santo Nino Church in 2007. Some of his more recent stage roles include Van Helsing in Dracula, Simon in Jesus Christ Superstar (both with Laredo Little Theatre) and Mr. Simpson in The Who’s Tommy (Laredo Theater Guild International).
“I’ve always seen a stage as a sanctuary for times when I feel like the burdens of life and all the conditions of the world have stripped me of who I am,” explained Piña.

“By pretending to live another life as someone else who was raised differently under different circumstances, with different trials and tribulations, I feel like I am expanding my knowledge towards humanity on an emotional level. This is very important to me because this is one aspect of theatre that in fact has helped me grow as a person,” he added.

By the same token, Piña also believes that acting has gives people to chance to understand themselves as well.

“Once all the makeup is off and the costumes hung, you see yourself in the mirror as yourself, and find a deeper appreciation for who you are and what you have.”

Someone Piña deeply appreciates is his girlfriend Beth, a dancer who appeared alongside him in Tommy. He named her as his primary source of inspiration as an artist, and the basis of numerous poems and songs.

“Many inspirations come from our experiences together, both good and bad. But mostly good, mostly very beautiful moments that I wouldn’t trade, even for a ticket into heaven.”

While there is no shortage of inspiration in this young man’s life, although there is a shortage of time. Being a full-time student with two jobs leaves him with little free time, but he remains focused on graduating with his bachelor’s in Business Administration this spring and helping Laredo “become what it should’ve been ten years ago” in the meantime. Judging by his talents and articulate yet humble nature, he’s definitely on the right track.

One Reply to “Finding Freedom Through Art”