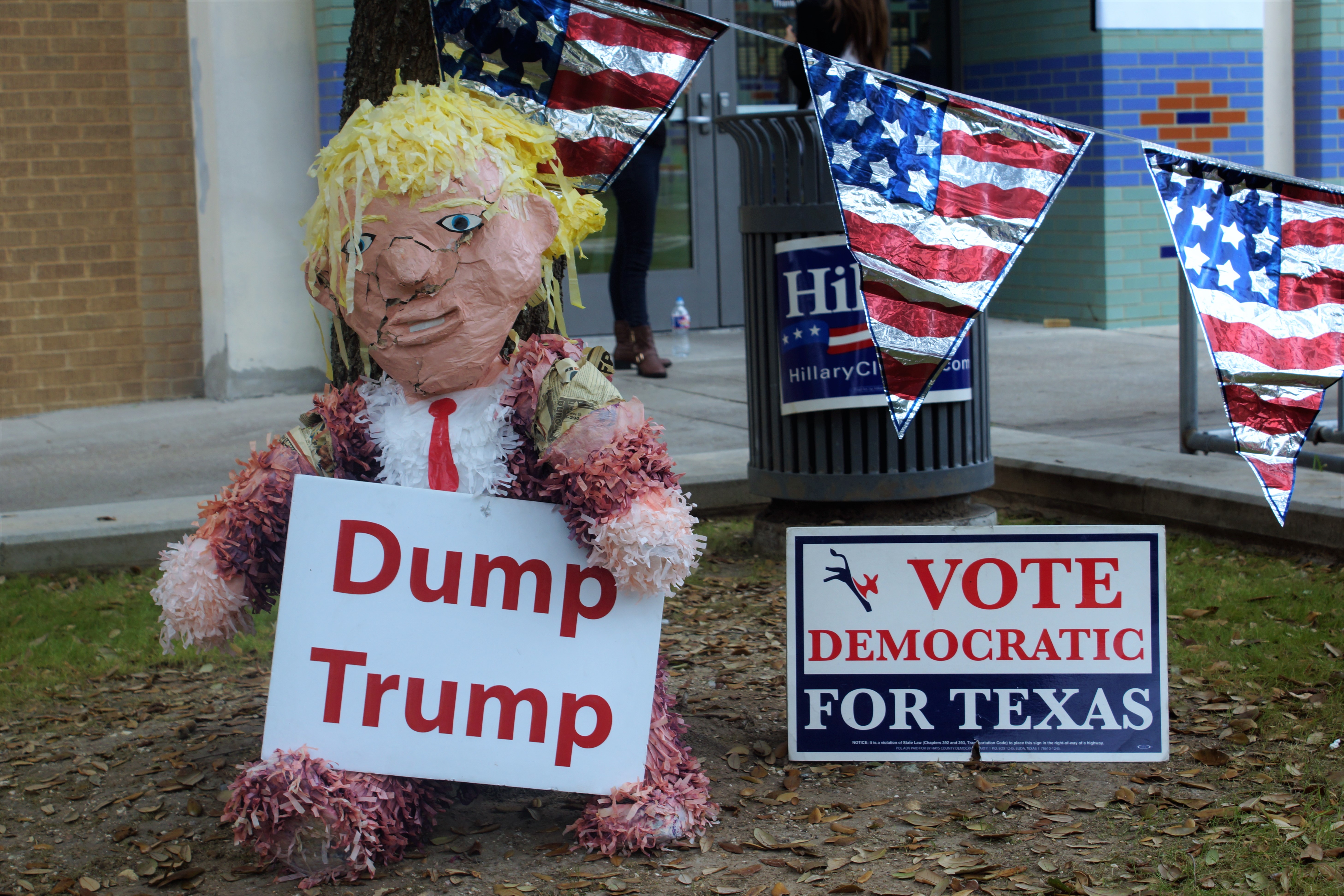 This is the second installment of a three-part series covering Bill Clinton’s visit to TAMIU and related topics. By Rebekah Rodriguez When it comes to describing former President Bill Clinton’s visit to TAMIU, adjectives such as “historic” and “amazing” have been spoken by students, faculty, and the general public in recent days. However, it is impossible to find one word to describe the myriad of opinions found among students in wake of this event. A majority of these students compose the exact demographic — middle class, minority college students — being targeted by Hillary Clinton in her presidential campaign.

‘Not a minute to rest’

Several TAMIU students, former and current, were directly involved in Clinton’s visit, whether accompanying him throughout the day or working behind-the-scenes to make sure the event and its YouTube livestream went smoothly. Words like “hectic” were among the most common that escaped their mouths. Alec Martinez previously attended TAMIU as a political science major, but now works in U.S. Representative Henry Cuellar’s office as an Outreach Coordinator. He explained the role Cuellar and his staff played in orchestrating Clinton’s appearance, which had previously been planned for December. The death of one of Clinton’s cabinet members caused the visit to be postponed until February. “It’s been quite a long time in planning, at least four or five months,” Martinez revealed. Along with Cuellar’s other staffers, Martinez had the opportunity to work directly with Clinton’s staffers. He described the fast-paced nature of the day. “It’s kind of like the whole iceberg thing….it’s very little that you can see, but there’s so much going on underneath the surface. There’s so much effort, work, planning, and coordination that goes into having an event go smoothly. [There was] not a minute to rest that morning.” Martinez, who was born in Laredo, spent much of his childhood moving throughout the country due to his mother’s job as a federal agent. Prior to returning to Laredo, he had been living in Georgia. He reflected on his upbringing and how it has shaped his identity and eventual career path. “To see these great beacons of leadership…it makes me very hopeful,” said Martinez. “Laredo gets a bad rap all the time, and to see great individuals leading the community to better places like that is why I do what I do.” Overall, hope appeared to be the underlying theme of the young staffer’s statements in the aftermath of Clinton’s campus visit. “His [Henry Cuellar’s] parents came from nothing, and they produced a U.S. Congressman,” referring to Cuellar’s upbringing as a child of migrant workers. “I hope that everyone kind of felt that way, that no matter where they come from, they can go wherever they want.”

Besides overwhelming traffic, those arriving to TAMIU also encountered students showing support for Hillary Clinton’s Democratic opponent, U.S. Senator Bernie Sanders. Standing just outside the entrance of the school (in order to comply with university policy), the students wore shirts and held signs donning Sanders’ widely known campaign slogan “Feeling The Bern.” Two of those students, Seven Flores and Selina Agredano, spoke to The Bridge about their decision to rally for Sanders on the same day as Clinton’s visit. Flores revealed his decision to do was made before he knew of Clinton’s upcoming visit, shortly after SGA conducted a mock election in which Sanders won the majority of votes from students. After Clinton’s appearance was confirmed, he decided to carry on with his plans. Even though Flores plans to vote for Sanders should he secure the Democratic nomination, Flores still attended the event and shared his thoughts. “I was very pleased of the fact that he didn’t spend his entire speech endorsing Hillary Clinton. but talked about contemporary issues that are very important,” he said, listing topics such as the importance of voting and border security. Meanwhile, Agredano emphasized her intentions to encourage discussion regardless of political affiliation. “This gave us an opportunity to truly start a conversation about our political beliefs whether you are pro-Clinton or not,” said Agredano, who viewed the event through the livestream elsewhere on campus. She added that she felt it was important for differing views to be discussed. “You always must hear both sides of an argument to make a clear decision,” said Agredano, who continued, “It’s always good to view both sides of the spectrum, to visit all your options, and that’s what we wish to do. We wanted to start a conversation and allow a healthy discussion between students. Based on our feedback, we accomplished both.”

‘We are part of the decision’

When rumors of Clinton’s visit to campus were confirmed, many vital details were unavailable up until the Friday before his arrival. Eventually, ticket lotteries for students and the public were made available, before admission was granted on a first-come, first-serve basis for those who could not acquire tickets. One of the students who entered and was accepted was Melinda Lee Downie, a senior majoring in communication. “I’ve been following this election fairly closely, and even though I don’t support Hillary, I was still interested in hearing what Bill Clinton had to say,” said Downie, who noted that she plans to vote for Bernie Sanders. Though Downie was dissatisfied with the logistics of the event, such as the long wait (approximately 90 minutes), she was pleased with the overall message of the event. “I really enjoyed listening to everything he had to say, even if his wife’s platform is a carbon copy of what Sanders has been saying all along. It’s nice to hear the discussion about things that matter to me being discussed instead of ignored.” More importantly, Downie stated, is this event encouraged students to make informed decisions as the Democratic primaries approached. “It really gives me hope to see so many young people becoming involved and aware, and I love how they’re being critical and not taking everything these politicians say at face value.” Another senior, Melissa Castro, shared similar sentiments. “It is always a good thing when politicians visit cities. It makes us feel like we are part of the decision making in regards to politicians. For the most part, I was a bit excited to potentially see my very own first president,” said Castro. However, while Castro was pleased with most of Clinton’s remarks, she was critical of other statements. “He also mentioned that job growth is something that is only possible when a Democrat is president. Which clearly isn’t true. Reagan’s presidency is a perfect example of that,” said Castro, who identifies as a Republican. Castro also felt that Clinton’s visit was somewhat redundant considering Laredo’s Democratic majority. “We need a different perspective. How else will the majority have different points of views if only one view is enforced upon them?” Differing views were undoubtedly present on that day, whether within the Democratic party or amongst the two parties. Yet regardless of political affiliation, it was hard to deny the day’s historic nature. As the crowd dwindled down and days passed, students continued making their ways to the polls, and shared information and opinions about the upcoming primaries. In a region with historically low voter turnout, it can only be anticipated that Clinton’s words had their desired effect and inspired students to use their vote as a voice.
Share
Share List