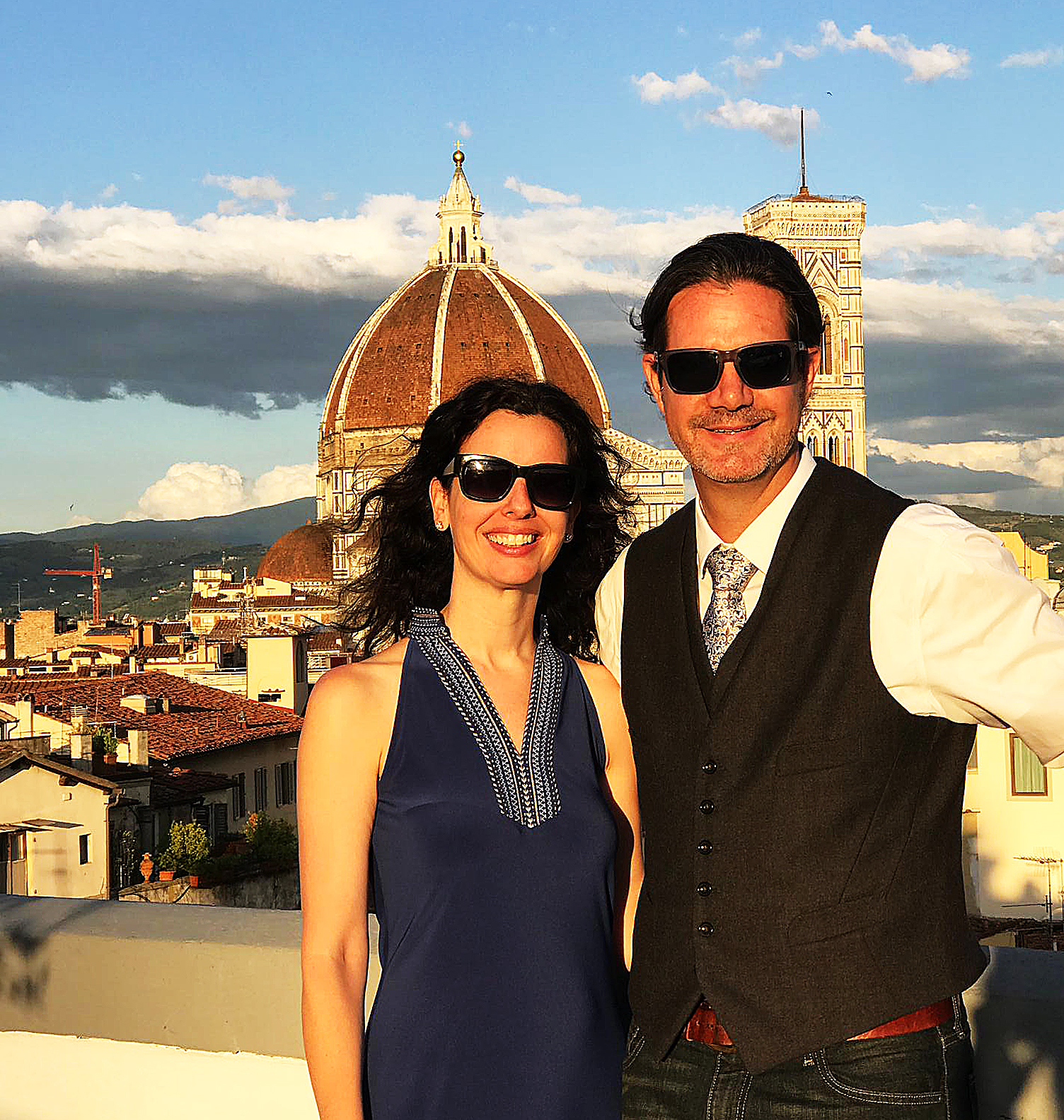 For some students, learning a foreign language can be an exciting endeavor and an opportunity to broaden their knowledge of other cultures. For others, it can be a daunting task filled with anxiety and frustration. The language faculty at Texas A&M International University includes several dedicated and patient instructors, including Julien and Melody Carrière, assistant professors of French and Italian. Both earned their doctoral degrees from Louisiana State University, in French and Comparative Literature, respectively. Julien, a native of New Orleans, said his interest in the French language is partially rooted in his ancestry. He is of Cajun descent on his father’s side, and eventually became interested in learning French as a young adult. With his mother’s encouragement, he spent a summer in Paris shortly after his first year in college. “My mom got a postcard from a study abroad program and wanted me to do it,” he said. “I was terrified but I agreed, and that’s actually where I made most of my progress.” He continued to study French throughout his academic career and earned his doctorate in 2005. Throughout his studies, he made several trips to France. It was during a year-long program that he met his future wife, Melody. Melody, who grew up in Nashville, said she developed a love for “all things French” as a young girl. In her freshman year of high school, she jumped at the chance to take French; though students were only required to take two courses, she took all four levels. As an undergraduate at Middle Tennessee State University, she double-majored in mass communication and French. Like Julien, traveling abroad also inspired her decision to study and then teach the language. “One of the reasons I like teaching languages is that you get to know your students better,” she said. “If you’re teaching a history class, you’re not going to ask your students, ‘How many brothers and sisters do you have?’ ‘Where do you live?’ [or] ‘Where do you work?’ But when you’re teaching languages—and you’re trying to get people to talk—a lot of the activities include questions like that. That would almost be inappropriate to ask in a different subject, but I get to ask these questions and know more about them, so I think that’s one cool thing about teaching languages.”

All photos courtesy of Julien and Melody Carrière.

Both use the communicative method as their main teaching strategy, which allows students to practice their language skills in ways that mimic real-life situations. Julien added that he enjoys seeing students make the connections between French or Italian and their native language. “I see the wheels turning in my students’ minds as they start thinking about English and Spanish in ways they never thought about them before,” he said. Interestingly enough, both are still language learners to this day. They are learning Spanish, which they said is inspired by the fact their 2-year-old son is being introduced to the language at daycare. Similarly, they are now being immersed in Laredo’s bicultural and bilingual atmosphere. “I love being in classrooms where most of the people speak and understand Spanish,” he said. “That’s new and unique, and I’ve never seen that anywhere else…I just think the linguistic richness of Laredo is fascinating and I’m very interested in it.” The unique exchange of knowledge between Julien, Melody and their students is something they plan to continue with the study abroad program they will lead next summer. A distinct feature is that it is a “homestay” program, meaning they will be staying with locals during the trip. The program will also include excursions to famous landmarks and a full immersion into French culture. Melody and Julien’s mission is to provide their students with the same opportunities that led them to where they are today—and to each other—seems to be going well. They are happy to see TAMIU students’ growing interest in foreign languages, and encourage them to travel and learn as much as possible. Considering what it did for them, it might be one of the best decisions a student can make. For more information on the summer 2018 program, visit tamiu.edu/international/studyabroad.
Share
Share List