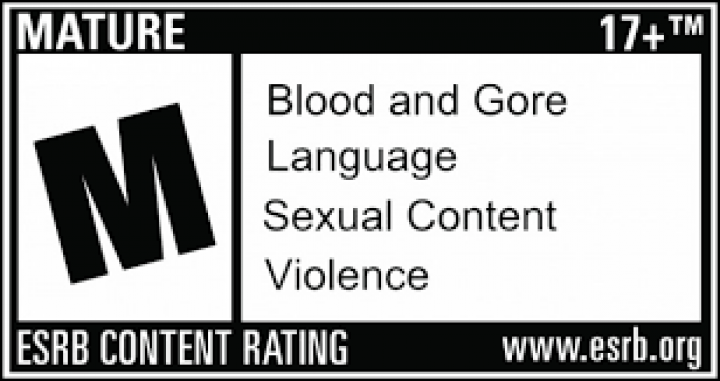 The debate between violent and adult video games and their effects on children is ridiculous. It really is. The fact that parents blame video games for their children’s behavior is another example of the poor and lazy parenting presented around the United States. Are certain video games violent? Of course, but are all video games for children? Absolutely not!

I’ve been playing video games for most of my life, and I’m and pretty seasoned gamer. I prefer story based console games, but I have played my handful of classic PC titles, and I keep my multiplayer base between Call of Duty, Halo, and Battlefield. My absolute favorite video game franchise is Metal Gear Solid.

When I was kid, the major consoles at the time were Sony’s PlayStation and the Nintendo 64. I do recall playing some classic NES titles like Super Mario Bros. and Duck Hunt, but it wasn’t until my family received a PlayStation, on the Christmas of 1998, that I really became exposed to video games. My brother and I were big wrestling fans, and are first game was a wrestling one. My brother was a teenager by then and was a seasoned gamer. He was also very aware of the Entertainment Software Rating Board (ESRB).

The ESRB rates video games similar to how the Motion Picture Association of America (MPAA) rates movies. The age criteria for their specific rating codes are nearly identical. Like the film industry, the gaming industry has advanced to provide experiences similar to those in films. In some cases, even better. However, to many parents, they believe that video games are still toys for children when they very much are not.

The pinnacle of violent video games is pointed usually at a popular franchise known as Grand Theft Auto (GTA). Amongst the gaming community, the GTA games are revered as the best video games ever made, and they really are. However, these games do come under scrutiny because of the freedom the player has in the virtual world. Yes, in GTA you play as professional criminals performing heinous felonies, and yes, you can steal a car, run over pedestrians, and beat up a prostitute. I’m not denying that those are relatively obscene actions, but the game presents in virtual, hyper- realistic, and almost comedic fashion to which a mature adult would simply relax when playing the game.

Most importantly, the game is branded absolutely for adults 17 years or older. GTA is not a children’s game, so why do parents spend money buying these games for their children? Video games aren’t cheap. A new game cost $59.99, and it takes a while for them to significantly reduce in price. Sometimes even years. I’m pretty sure children in grade school aren’t coughing up that money.

Another popular game franchise is Call of Duty. Call of Duty once had a period of extreme praise and accolades. It not entirely like that anymore. Within the gaming community, Call of Duty has its infamy for being a game where twelve year old kids, in the prepubescent tone, spit vulgarities over the microphone within the game’s online multiplayer. Call of Duty’s online community gets reviled over this (including myself) because it makes the online experience uncomfortable, but all in all, why are twelve year olds playing a military game with a mature rating.

Back in 2009, Call of Duty: Modern Warfare 2 receive harsh criticism over its infamous “No Russian” mission in the game’s single player campaign. For those who don’t know, the mission has the player plays as an undercover CIA operative, performing a massive and horrific terrorist attack alongside the game’s main antagonist at a Russian airport, and killing dozens of innocent civilians. The scene is horrific, violent, and traumatic. However, even the game developers understood the nature of the stage, so they allowed the player to skip the mission without any consequence.

The point of the stage isn’t not to glorify violence. The stage is a pivotal plot point in the game’s narrative. At the end of the mission, the CIA operative you play as get killed by the antagonist, and Russian police discover the American body, leading to an all-out war between the United States and Russia on the Eastern Seaboard.
As noted earlier, games have become more story driven and cinematic. The terrorist attack in the game is no different than the staged violence in Hollywood movies. Movies like The Kingdom (2007), Zero Dark Thirty (2012), and Munich (2005), has graphic scenes of terrorism. Those are R rated films intended for a mature audience just like how Call of Duty was intended for a mature audience. A good parent wouldn’t show their underage child a mature movie, so why would parents buy them and let them play mature games?

Going back to when I was kid, my brother advised my unenlightened parents about maturity in games. In response, and my brother and my parents assured me that I was not playing or too exposed to this mature titles. In all honesty, I did start playing some mature titles like Halo when I was about fourteen years old, but that was under my brother’s discretion. Actually, I did not play my first GTA game until I was eighteen. I didn’t turn out to be a bad apple after all, along with millions of other gamers.

The source of the dilemma is the fact that the old generation of parents took gaming for granted. They probably thought they were nothing but a bunch of cartoons, and many of them were, but to their ignorance, they were exposing their children to warfare, terrorism, crime, and sexual content. Then when there kid starts acting up because they aren’t mature enough to understand what they’re playing, the parents start blaming the game industry.
For the most part, places like GameStop, Wal-Mart, and Best Buy will not sell a mature rated title to a minor. They usually ask for identification to prove their age just like purchasing alcohol. For the most part, I can’t expect young children to have the money to buy video games of any kind. One would think that the deterrent is already there, but it’s not. Too many times have I seen a grown adult parent bring their nine year old kid to GameStop, have them pick out a mature rated game, then purchase it from the cashier completely oblivious to what they just bought.

That type of thing bothers me so much. It’s terrible parenting, but happens too many times. My final message to my incoming generation of adults and soon to be parents, if not already, is this: video games are a visual medium. They tell stories that are as lighthearted as Dr. Seuss, and some that are as serious as Tom Clancy. Video games have been taking a lot of inspiration from Hollywood, so if you wouldn’t show your kid Django Unchained (2012) then don’t let them play Red Dead Redemption (2011). Pay attention to what your children are being exposed to. Pay attention to them in general!

Catch me on PSN @KeroDaHero17.