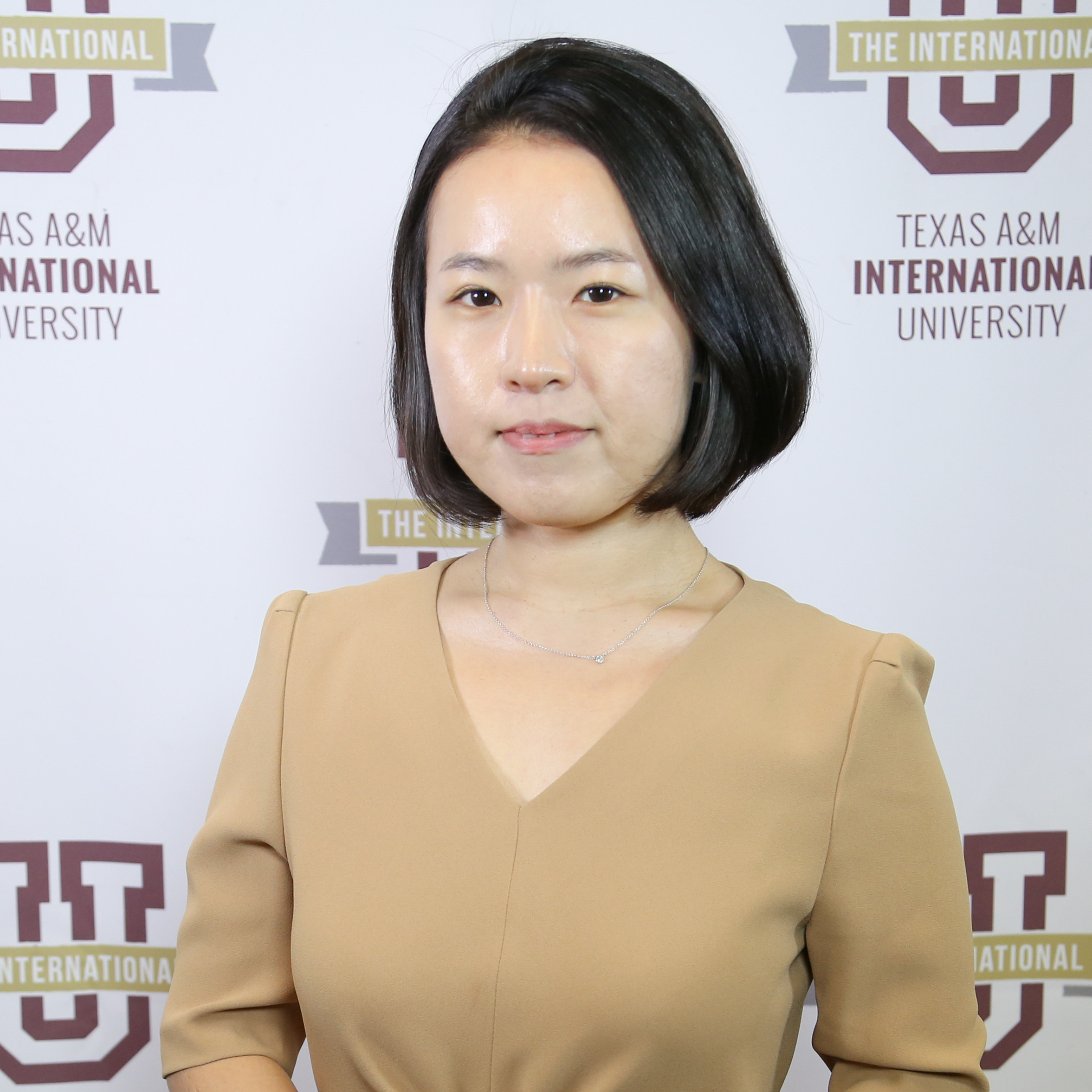 From South Korea to South Texas, former University of Texas instructor and now part of the TAMIU family, Dr. Ji Won Kim has brought with her a generous amount of personal and professional experience and a unique perspective of Laredo and TAMIU students.

Dr. Kim was naturally drawn into understanding communication after learning about languages, along with a desire to understand how and why we interact with each other. Kim recalls her first Presidential election in 2002 in South Korea. The Internet was just booming, so a lot of people were starting to get involved in the election with more than just their one person-one vote system.

This open communication empowered people to support their candidate, a non-profit lawyer with congressional experience, by writing about the competitor and raising money for him.

“It was the individual support that made him president with the help of Internet,” says Dr. Kim. This opened her eyes to the power the people had through communication.

Kim’s studies took her from Seoul, South Korea where she began her academic journey in Sungkyunkwan University in Seoul where she obtained her Bachelor’s degree in English Literature and Journalism & Mass Communication, then took her to Indiana University in Bloomington, Indiana for her Masters in Telecommunications and finally to the University of Texas Austin where she obtained her PhD in Journalism. Kim’s work has been published in several journals including the Journalism & Mass Communication Quarterly and the Journal of Contemporary Eastern Asia.

Her move to Laredo was prompted during a visit to this city for a job interview at which point TAMIU Department of Psychology and Communication Chair Dr. Jose Carlos Lozano and Assistant Professor Dr. Stuart Davis introduced Kim to the campus and the department, catching her interest.

Dr. Kim overcame the common prejudices of Laredo being a hostile city on the border that anyone North of Laredo imagines and is now experiencing her first year of life in Laredo. “Hey, we’re here for you,” Kim recalls of her neighbor introducing themselves to her. Never has she experienced a warmer welcome and has since become even closer to her neighbor’s family.

Dr. Kim’s impressions of Laredo are unique.  Her observations reveal that Laredo is more respectful than what she experienced during her time in Austin. “Not that Austin is anything hostile or anything like that,” she clarifies, an attributes the differences to common culture and ideologies in Laredo that makes a “sort of family oriented… feeling” as compared to Austin which has greater diversity and thus multiple mixed cultures.

“Laredo is unique that way, that students and a lot of people speak bilingual languages and also share two distinctive cultures,” Dr. Kim goes on to say. This is an observation that someone native to Laredo may not realize. A fresh mindset and her experiences have prompted ideas of possible studies of Laredo’s unique mix of our two cultures. Kim brainstorms an idea of info-graphics in Health Communications and how people with experience in both cultures and languages respond to the graphics.

“TAMIU students do have great ideas in their mind” says Dr. Kim as she encourages to students to avoid hesitation and speak up to avoid miscommunication to be more successful.