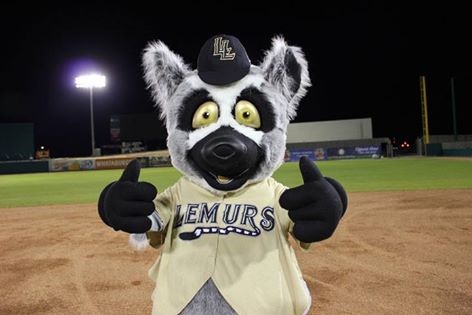 By Ricardo Rangel There have been four professional sport leagues in the City of Laredo within a short span of just about 15 years. With in these years all but two out of the five original attempts of professional sports are still active today. The Laredo Bucks was an ice hockey sport team under the Berry Conference, The Laredo Rattlesnakes was a football team under the Lone Star Football League, and the Laredo Heat was a soccer club under the Premier Development League all of which shut down as professional sports in Laredo because of acclaimed low attendance turn outs which eventually leads to profit loss. Currently, there are two teams active today the Laredo Swarm a professional basketball league and the Laredo Lemurs, a professional baseball team. The Laredo Lemurs is currently owned by a single shareholder, Arianna Torres CEO of the Laredo Lemurs. Torres is originally from Tampico, Tamaulipas. Her family has a history in the idea of investing their funds rather than having it sit in banks. In an interview with Torres, she lets me know why she decided to invest in a city she had never visited before, her thoughts about the low turn out numbers of spectators at home games, and she gave me insight of what she and her team of advisors have planned not just for the team but for the City of Laredo itself.   “When we (Torres and her father) were first invited by the City of Laredo to a Lemurs home game, it was fireworks night, we did not know what to expect. But we still decided to visit because we had nothing to loose. After the first night it was like love at first sight. We feel in love with the atmosphere, the people, the team we became part of the Laredo Lemur family overnight, no, we became part of this city,” Torres stated. Torres and her father decided to take ownership of 10% of the Laredo Lemurs, Torres became the first female to have ownership of a baseball league as well the first Mexican in the history of the American Association of Independent Baseball. Over the next several months the original owner of Laredo Lemurs decided to give Torres the opportunity to buy the entire share of the Laredo Lemurs. Making her 100% owner and Chief Executive Officer of the organization.   Over the past two years Torres and the Laredo Lemurs won championships but lost in attendance ratings, the San Antonio Express News Border Baseball isn’t thriving, but the dream is. When questioned if Torres is worried about low attendance ratings hurting her potential profit margins she confidently said “yes.”   “I am worried, like anyone would be. But I know that within these past two years I have learned so much from different professionals who are going through or have gone throughwhat we are experiencing and I am confident that we can turn it all around,”   Torres mentions. Torres says, “This past year there have been many changes, one of which was the way the team was managed. People can feel and see when things are not ‘okay’. And when things don’t work out and you don’t represent what the Laredo Lemurs mission is and who we are, you are out!”   Over the past two years Torres has let employees go and has also hired new ones to help with this revilement.
Share
Share List