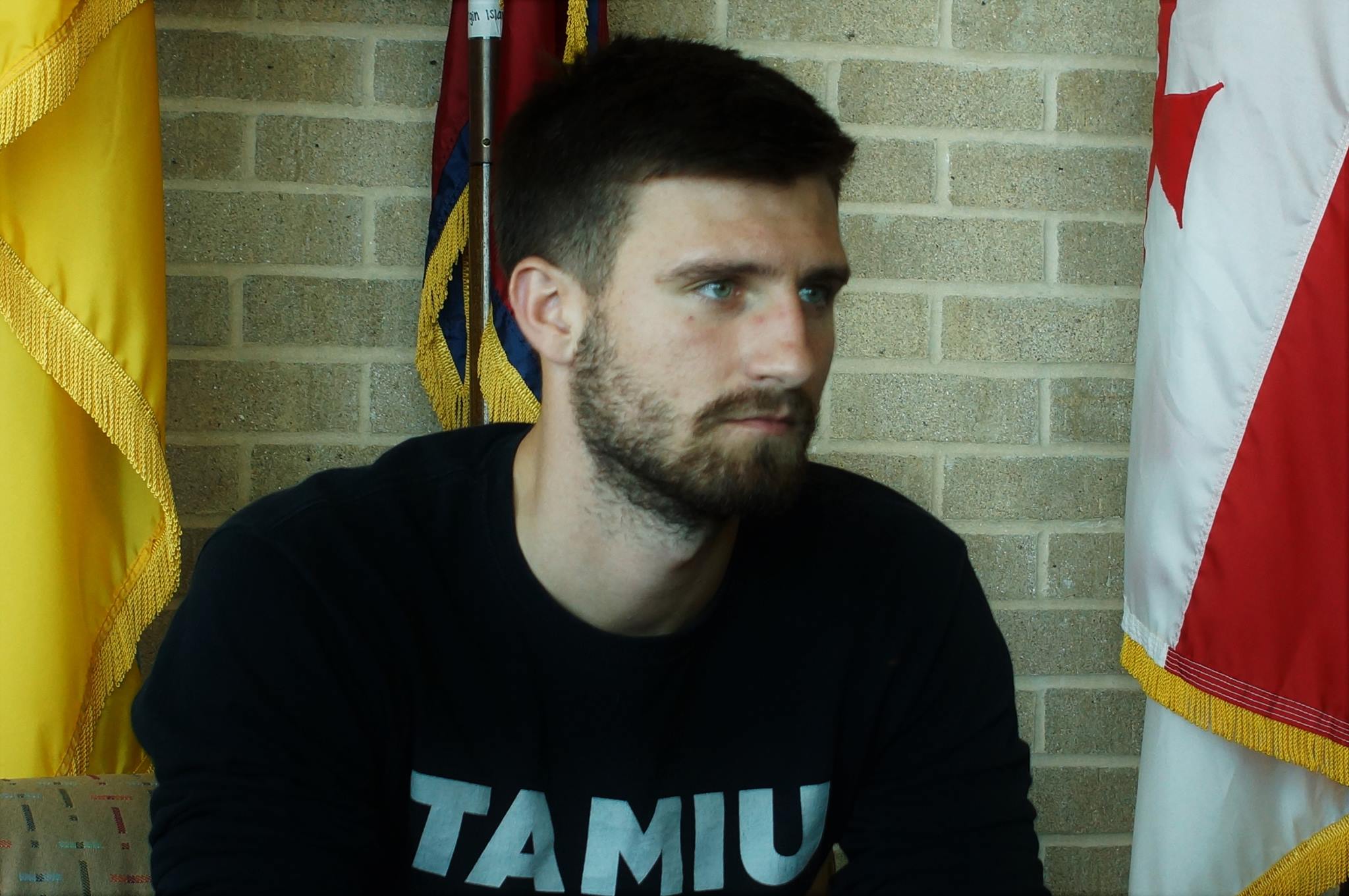 Senator-at-Large Ryan Hodgson of the Student Government Association (SGA) is one of the many new members elected in last semester’s election. He fills in one of the four Senator-at-Large positions. Hodgson, a TAMIU senior and athlete intends to use his experience to set out his vision for a better student government and community. Hodgson is 21 years old, and has been attending TAMIU for three years. Though a member of the government and the soccer team, Hodgson is uniquely a finance major. Hodgson is also an international student. He originates from the city of Sunderland, England in the United Kingdom.   Hodgson has a unique background in TAMIU. He spends a lot of time on campus, and his position in SGA in something relatively new. Hodgson has been on the soccer team since his freshman year, and has loved every bit of it. Hodgson did not expect the diversity of people on the team. To him, the soccer team embodies the internationalism of the university.   Currently for the summer, he is been an orientation leader for the summer and has been an employee for the Office of Information Technology (OIT). He finds both positions special in their own ways. He expressed that being an orientation leader was one of his newer experiences, but he finds it wonderful using his age and experience to ready the incoming freshman for campus life.   “It was a position that came to my attention this past semester. You get to have so much fun with all the different students that you meet, and for the same time, you get valuable leadership experience.”   To him, this is how he gives back to his university. Working for OIT has been an explorative experience. It allowed him to understand technology better, and explore different aspects of the university. Being an international student and athlete were motives that drove Hodgson into running for election. Hodgson felt that international students and athletes were not represented at the best. He felt that being both of each, he is determine to link the international students and athletes with their student representatives. Now as an international student orientation leader, he can identify with foreign students coming to he campus.   “Being in my position, it comforts so many people, so many parents especially, knowing that an international student has come here from half way across the world, and has managed to be here three years, is working two jobs now, and is so happy here. That really comforts people, and makes them realize what a great school TAMIU really is, and how much they can benefit from the school.” As a Senator-at-Large, he does understand his role as a greater representative. Having seen the university is different angles, Hodgson analyzed a way for which he could make a difference on campus. His overall message is for students to “stay on campus.” There are several resources that can be used in the university, and he advocates that students make the most of them.   Hodgson was open to the idea of creating exclusive senate positions. By this it meant opening special senate seats exclusively for students like veterans, campus residents, and international students.   Though they are covered by the Senators-at-Large and the senators of the different colleges, they aren’t any exclusive representatives for these students. Like his other SGA colleagues, he was open to possibly seeing this happen.   Hodgson does intends to graduate in December 2017, so he does have a good amount time to continue in the SGA. He also plans to be an orientation leader next summer, and is comfortable working in OIT until then.   In a political position with the SGA, Hodgson was vocal on major political event that happened in his home country, the Brexit. First and foremost, Hodgson did support the remaining side. He doubtlessly agreed that the UK should continue to stay in the European Union even if his compatriots in Sunderland did not. What really bothered him was how the debate was decide mostly on immigration. Hodgson almost felt disgraced how a divisive group in his country could feel so bitter towards immigrant when here in the United States and Laredo, he was so welcomed.   “From what a lot of people have told me, a lot of people voted out because of immigration, and I think that’s one of the most disgusting things I’ve ever heard. To me, being over here, it is like imagining no one wanted me here, or like everyone voted for me to leave the country.” As an international student, he understands how a welcoming experience goes a long way. Hodgson could return to the UK and tell his friends and family his adventurous experiences in Texas and the United States. He could tell them how welcoming and friendly his friends and colleagues were here in TAMIU. However, it’s disappointing to know that some of his countrymen across the pond don’t feel the same way. To him, he’s glad to know the Americans welcomed a foreign student to their state university, but his homeland may no longer be so welcoming had it been the other way.   “The vote out was nearly due to a lot of ignorant people taking in the propaganda and believing everything they heard on the news or from different leaders from different parties. It happened so quickly. I do not think we will see the effects for another two or three years, but for me, I just can’t believe they voted to leave.”   Hodgson, like much of the new government, brings his diverse talents into a diverse SGA. He hopes that his motivation towards TAMIU could be passed to the next generation. Representing the student body, Hodgson has a vision to have TAMIU go beyond the classroom. He sees a potential community. He knows TAMIU could be more than just the university in Laredo, but it will take some effort, but a dedicated man like himself certainly has the chances to make that succeed.
Share
Share List