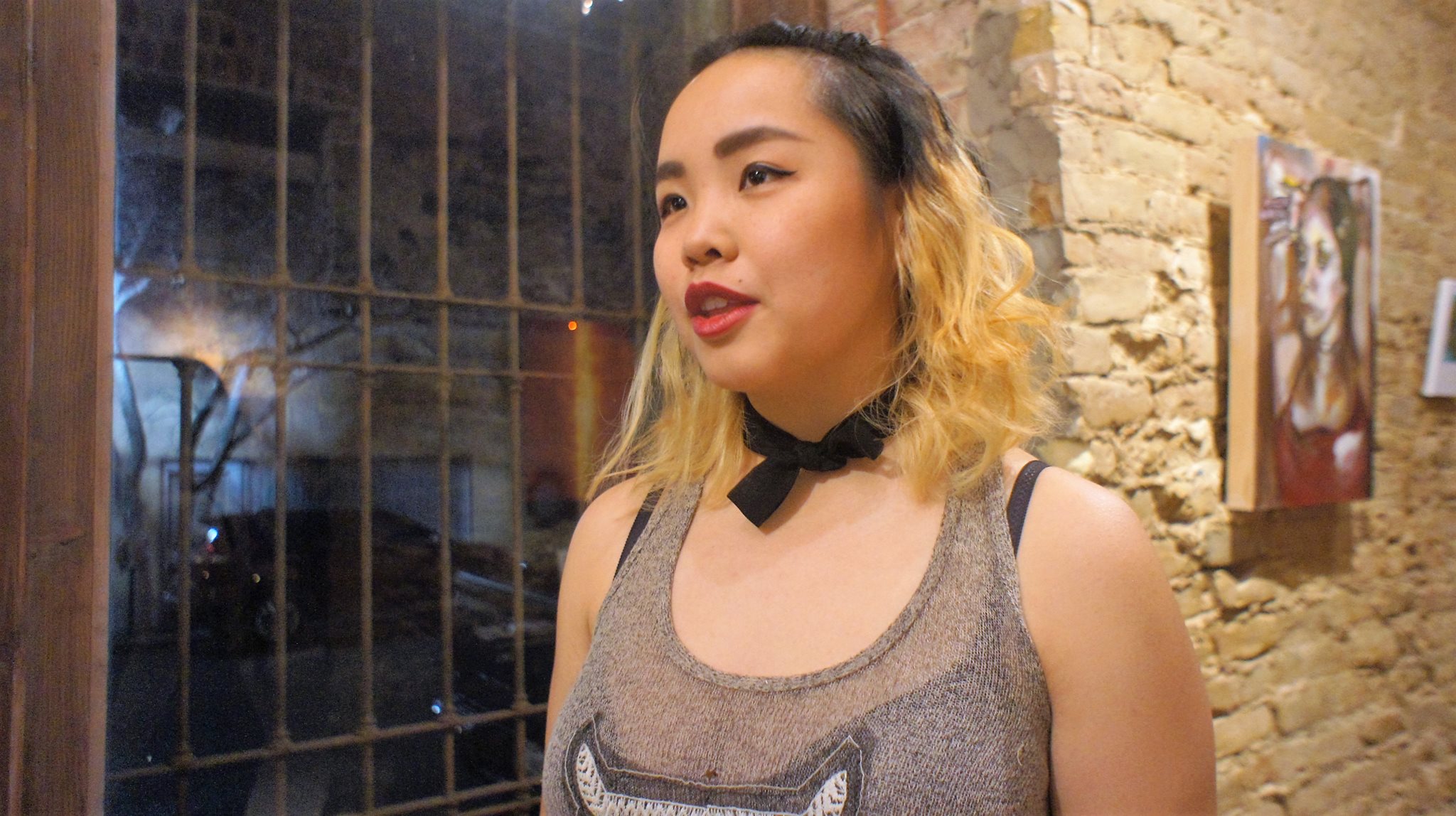 Christina Xu is an artist and blogger currently residing in Laredo. Her vehement and sensual paintings were featured earlier this year in The Bridge’s February issue. Her shared exhibit “Eye of the Beholder” at local Gallery 201 was a memorable experience shared by all in attendance. Xu, always at work producing canvas after canvas and keeping up with her online blog, is furthering her creative endeavors with her latest summer project: Babes Who Read. Babes Who Read is a book club Xu started early this year in hopes of connecting Laredo locals who enjoy reading. The club is nonexclusive –all are welcome to join at any time. All members are currently women; however, men shouldn’t lose feel discouraged, as babe is a term of endearment used for both males and females. “Babes are babes”, asserts Xu. In fact, the club already holds a diverse setting, despite its present all-female membership.   Babes Who Read held its first meeting on Tuesday, June 28th at Organic Man Coffee Trike, another resident spot The Bridge News has covered (refer to the June 2016 issue). Members in attendance were a unique crowd. One woman is a Nuevo Laredoan photographer who commutes to work in Laredo, as well. Another member is a young twenty-something who participates in Laredo’s only all-girls roller derby team. Gallery 201 owner Gayle Aker Rodriguez is also member of the book club. The members’ varying walks of life exemplify the widespread influence the club can achieve.   The Girl on the Train, a novel by Paula Hawkins, is a psychological thriller and the first book the Babes read. Xu led the group by discussing a brief synopsis of the story, carefully ambiguous, as to not give away any spoilers to the members who hadn’t finished the novel. The group followed by discussing interesting attributes each character in the story possessed. Rachel Watson, for example, is the story’s main character: an unemployed, divorced alcoholic. Each member gave a first impression of these negative aspects the character embodies, and later discussed whether any sympathy was built towards Rachel as they continued to read through the novel.   Most notably, the conversation developed into personal anecdotes about experiences with alcohol and decision-making. All members comfortably shared the discipline required to know when and when not to indulge in activities such as drinking, staying up when there are early responsibilities the next morning, or maybe partaking in something deemed immoral by societal standards. Most concluded consequences play a large role in deciding “do it” or “don’t do it”. This led to a chat on individual moral compasses and how factors, such as family, race, ethnicity, cultural background, and local regimes affect each person’s choices. Babes Who Read instantly offered an enlightening experience for all in attendance. The location of the meeting was a great choice on behalf of Xu. Coffee, tea, pastries, and cozy couches sparked a great start.   Xu discussed logistics for Babes Who Read. She invitingly encouraged all members to openly suggest books of all genres for potential reading, and encouraged a bookmark DIY for the next meeting. The group decided meeting twice a week is sufficient, and that reading lengths will vary monthly, depending on the nature of each selected reading. Xu proposed she would eventually like to open a podcast for the book club as a way to expand and reach out to even more readers in the area. The group concurred it was a nice idea to look forward to. Anyone who is interested in joining Babes Who Read should contact Xu via Facebook messenger or through her website www.christina-xu.com. Again, all are welcome and encouraged to join in on the exciting potential the humble book club has to offer.
Share
Share List