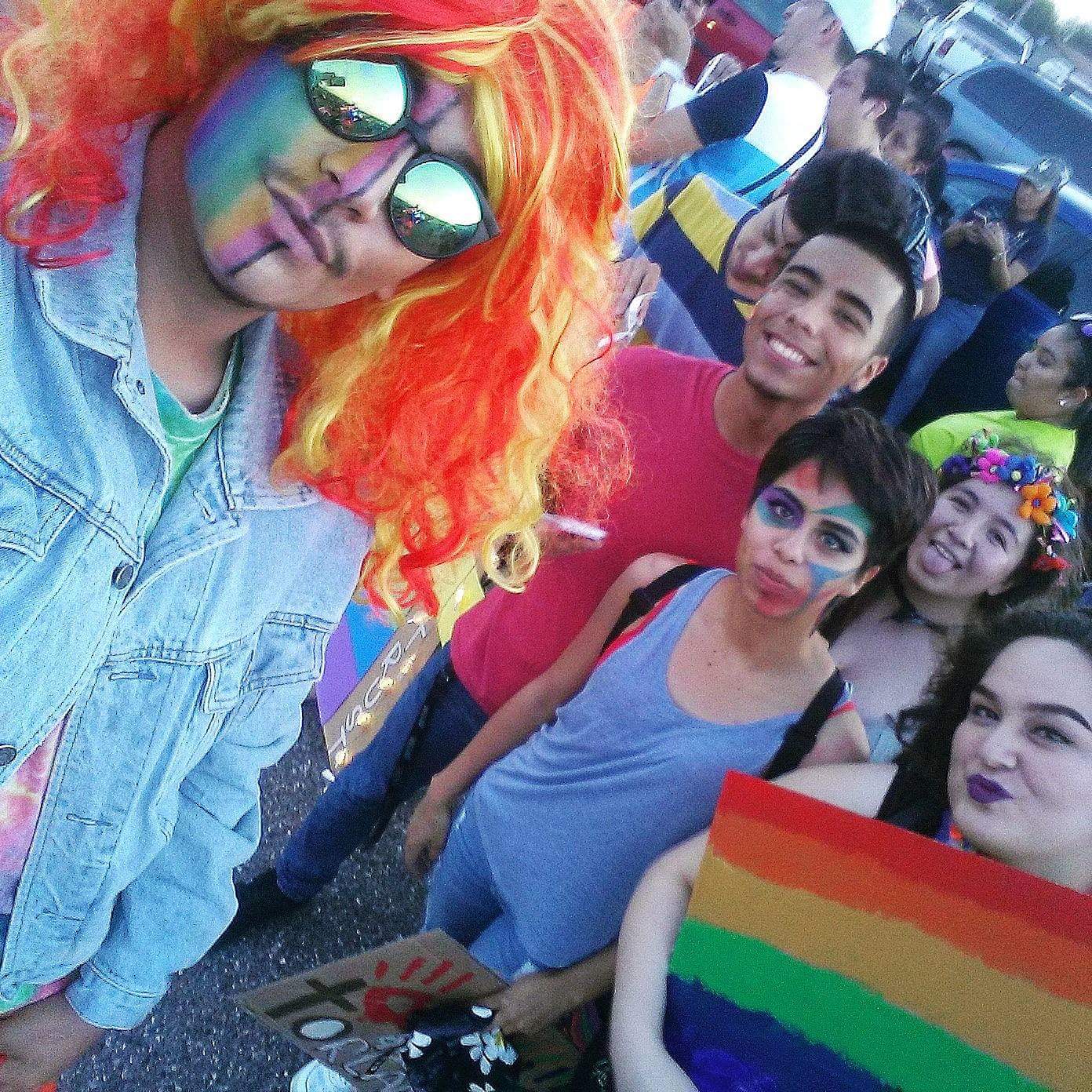 June 14, 2016 was a day of magical history and mourning for Laredo. Due to the tragic event that occurred in Orlando, Florida, one specific person decided to use their fame as a way to create one of the most memorable day in Laredo. She is known to the people of Laredo as LaGordiloca. Hundreds of Laredoans gathered outside of Burlington waiting to show their support for the 50 individuals that were killed in Pulse nightclub in Orlando the day prior to this event. Jorge Quijano, a TAMIU graduate stated that “It took an unfortunate event for a city like ours to open their minds or eyes and unite to raise awareness.” He mentioned how this could be a stepping stone for our city to continue raising awareness and to keep promoting equality for all. Before the event was announced, I was scared. I didn’t want to go because I assumed that the same tragedy could occur in Laredo or anywhere in the world as long as there’s someone full of evil and hate in their heart. Instead I decided to take one for the team and go. I began making posters with my niece in my room and I began to feel like I had to go and I had to be doing what I was doing. All of a sudden the fear I had was dead. Furthermore, the walk began and it was a moment to enjoy. Flags were flying, people were cheering, cars were honking, spectators took pictures, and the night sky took over above us, as we continued walking down the historic street of San Bernardo. Along the way people parked their cars and got off to join the myriad of supporters marching down the road. I just couldn’t believe that it actually happened. I couldn’t believe that one person and one Facebook post led to an outstanding event in such a short notice. We arrived to the corner of Lafayette and San Bernardo where the drive thru businesses provided supporters with waters and music filled the air. It was a moment to take pictures and greet one another, and also a chance to meet people that have never been out of the closet before. I assumed I would see more gay people that I already know, but instead I met the ones I never knew. Most of the time people say we live in such small world, but we really don’t. Laredo keeps growing by the day and we assume we all know each other, but we don’t. It is not ranch style living anymore, it is a flowing city of people coming in and out everyday. One person I got to finally meet was my friend, Jaime Aguirre. We met on social media but we never actually knew each other in person. I wanted to know what his favorite part of this event was, and he stated “ the best part was that we brought the community together to show support for the LGBT community, and not only the community, but to show support for the shooting in Orlando.” Laredo knows how to appreciate days like today. Laredo has become more open minded than ever before, and it should be considered a good thing to everyone. When the crowd walked back to Burlington to return to their car and get ready to go, people arrived at the scene and asked my friends and I if it was going to happen again and mentioned how they wished they could’ve been part of the parade. It felt horrible to inform them that it was over, but I let them know that maybe next time they could know with enough time and come out to support. My friend Jorge Quijano mentioned how this could’ve possibly been the first Pride celebration in Laredo because it occurred in the month June. As declared by President Barack Obama, the month of June has been authorized as LGBT Pride month. Maybe a year from now, on this day, we can do it all over again until it becomes the biggest parade it could possibly be. It’s not about having more festivals or celebrations. It’s about having a purpose and helping other people understand that even though we live different lifestyles, we are all still human. We come into this world with nothing, and we leave with nothing. Humanity should not spend their limited time of life hating on one another. Humanity needs to  enjoy and live with the time we’ve got.
Share
Share List